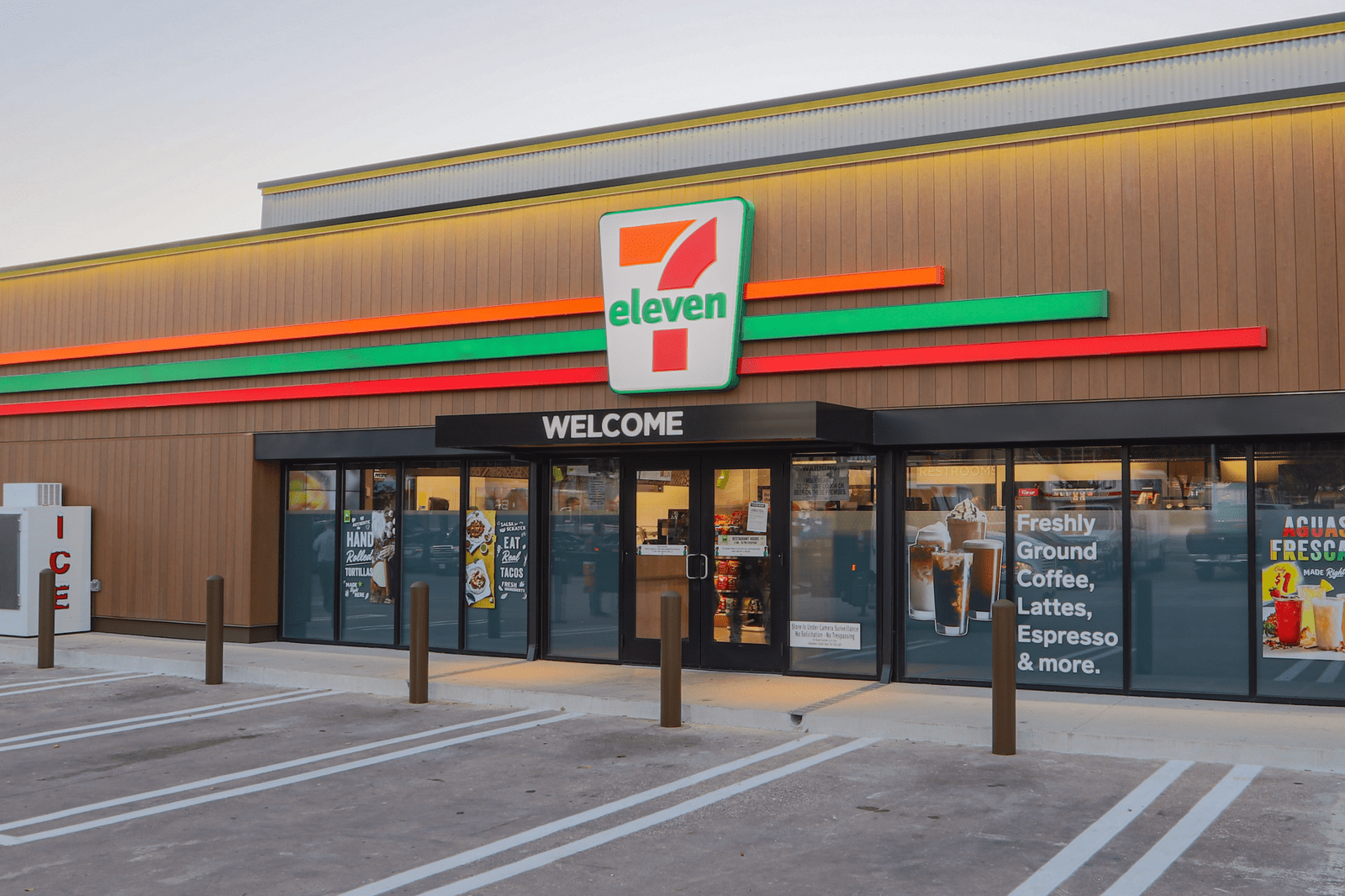 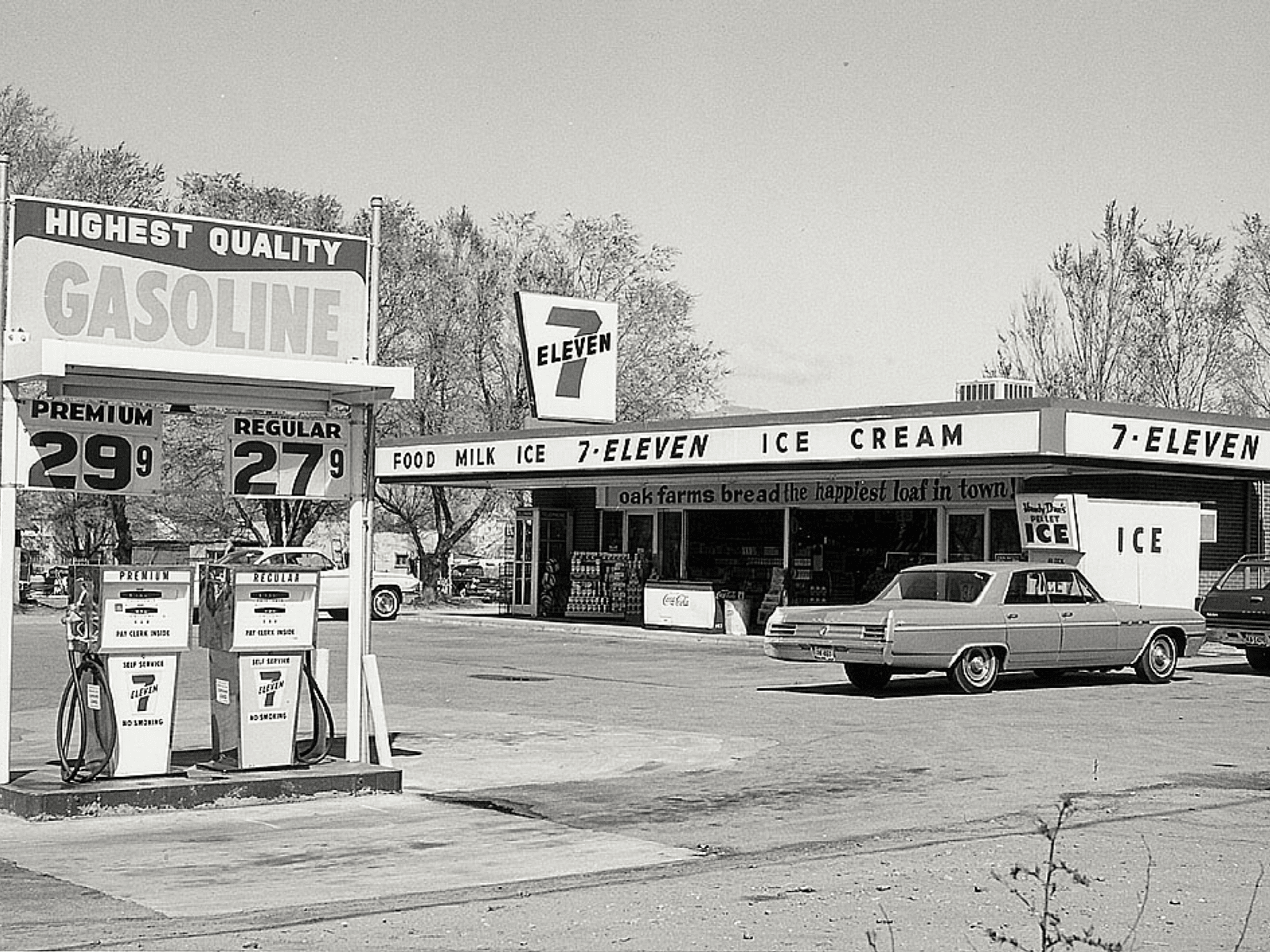 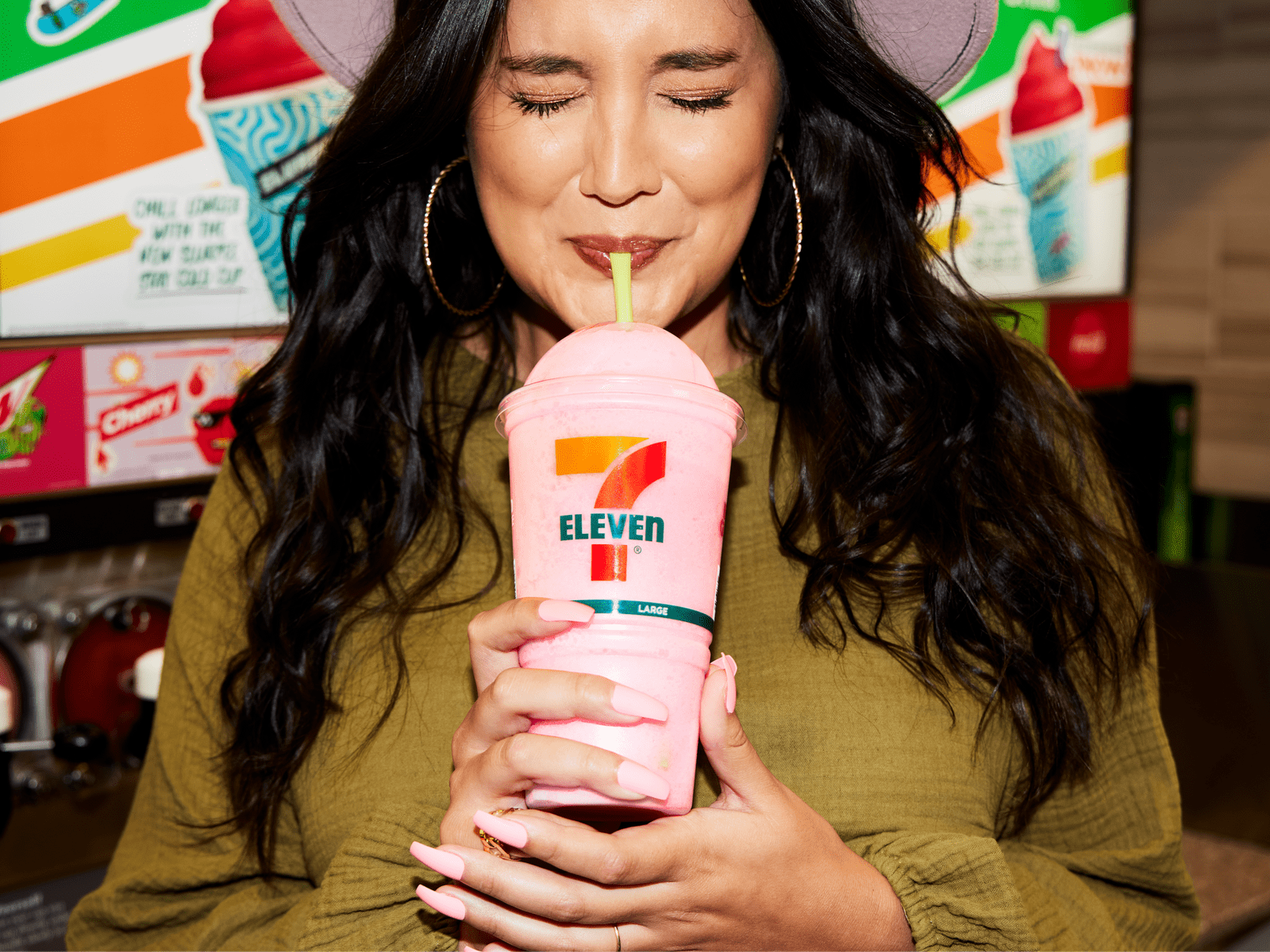 MORE PHOTOS
The most recognisable convenience store in the world / 7-Eleven has almost 80,000 stores worldwide.
Thursday
7-Eleven have made franchising convenience simple.

Famous for Slurpees and Big Gulp drinks, 7­-Eleven is the world’s largest and most recognisable convenience store chain. It’s the place relied on upon millions of people worldwide to pick up items they've run out of, or forgotten from the grocery store. It’s also a place to get fuel, lunch, or simply to get a hot or cold drink on the run. It’s been said that 7-Eleven adds a new store to its global operations every day!

Founded in Dallas, Texas in 1927 by ‘Uncle Johnny’ Jefferson Green, the chain has grown from humble beginnings as an ice producer, who then started selling milk, bread and eggs in store. Originally called “Tote’m Stores” the company changed their name to 7-Eleven to reflect their long trading hours of 7am to 11pm in 1937.

The business has expanded largely, now operating over 77,500 stores across 17 countries. 7­-Eleven pioneered many industry firsts for convenience store retailers, such as operating 24 hours a day, selling coffee in to­-go cups in 1964, selling pre­-paid phone cards and widely providing ATM’s in 1984.

7­-Eleven didn’t begin franchising their concept until the mid 60's. They signed the first US licensing agreement in 1968 and the first international licensing agreement with Mexico in 1971. The first European 7­-Eleven store was opened in Stockholm, Sweden in 1978. The company now boasts over 500 franchise units across Sweden, Denmark and Norway.

The 7-Eleven brand is well known and trusted for their quality around the world. They are consistently ranked in the top 10 global franchises by numerous organisations. Among many other awards, the company this year has won the best digital transformation award, as well taking a top award for innovative marketing.

Every 7-­Eleven franchise store comes as a turnkey business - fully stocked and operational. Single-unit, multi-unit and business conversion options are all available. The company support franchisees with their own sales representative and field consultant to advise and guide them as they begin their franchise ownership. Franchisees can be up and running their own 7-­Eleven store in three to six months following the submission of their franchise application. Furthermore, unlike some franchisors, 7-­Eleven shares profits with franchise owners.

7-­Eleven franchisees are supported from the beginning with real estate, store construction, equipment and stock all taken care of by the company. Franchisees are provided with an 8-week training program on the brand, plus in-store­ training and advice on daily challenges of running a convenience store business.

The company is also known in the industry for their veteran franchising scheme, whereby successful military veteran applicants can receive up to 20 percent off the initial franchise fee. The programme is structured, focused and extremely success orientated, suiting the career goals of many military vets, helping them transition back into civilian life.

7-Eleven have pledged to improve their corporate social responsibly by reducing their energy footprint in stores and offices by 20 percent, while also reducing their packaging footprint by the same margin by the year 2025. The company also gives 1 percent of their annual operating income back to the community though ‘Project A-game’ and ‘Operation Chill’.

What has not been chill for the brand is accusations of 7-Eleven engaging in wage theft in Australia. Earlier this year the Federal Court of Australia approved the pay-out of $98 million to hundreds of franchisees, after an ABC Four Corners and Fairfax media investigation found store staff – mostly migrants – were working twice as long for half the pay. "Basically, your franchisee was being squeezed, and the front-end worker was the major loser," the class action's head lawyer Stewart Levitt told ABC News.

7-Eleven has settled the almost nine figure amount without admitting any wrongdoing. In a 7-Eleven joint company statement on modern slavery, CEO Angus McKay said while declaring the companies commitments towards Modern Slavery, “At its core, the work we do to eliminate modern slavery is driven by our respect for human rights, making it a critical priority for our business, our sector and the wider Australian business community.”

“We can’t genuinely live these values if we don’t commit to eradicating modern slavery risks across our operationsand supply chains. Our value “Do What’s Right” guides us to call out any anomalies or issues with our behaviours, standards, policies and governance within ourselves and the entities which we partner with and/or influence,” he said.

The convenience store industry is expected to reach US $4,902 billion in global sales by 2022 and 7-Eleven is looking to take a bigger stake of this market. At this time there are no 7-Eleven stores in the UK, trading there from 1984 before closing up in 1997. For the rest of Europe there are only currently retailers in the Nordic region. However, there is scope for competition with the globally recogniable company signialling they are on the lookout for franchisees to fill the European void after a 25 year hiatus in the region.

SUPPORT FOR THE FRANCHISEE

The company is on the look-out for candidates who possess the ideal mix of personal qualities, professional experience, and financial standing to successfully operate a 7‑Eleven franchise. The business is committed to actively promoting diversity in its franchise system.

Way back when / The company concept started in Dallas, Texas in 1927. 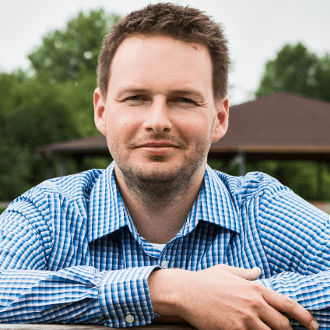 "The economic uncertainty has led to increased franchising interest in the Harvested network, especially among employees," reveals its Executive Director, Aleš Kotěra.

RELAY is the traveller’s companion that aims to make journeys as pleasant as possible.