franchising.eu My business Legal and taxation

Franchise regulations in the EU (and other European countries) 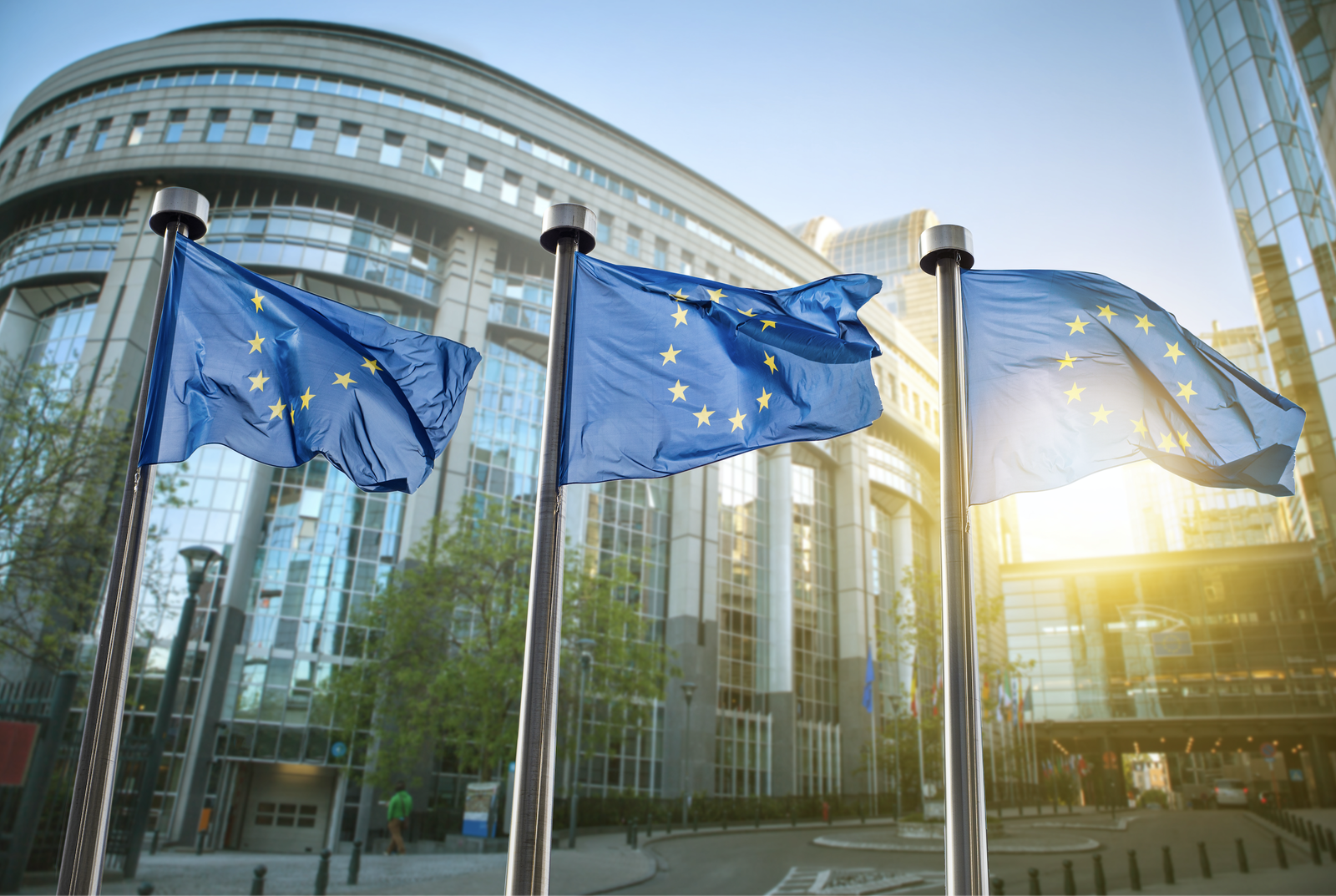 The European Union comprises of 27 member nations with an estimated 450 million people within the trading block. There are an estimated 22.5 million small and medium sized enterprises in the EU. From that, the European Franchise Federation (EFF) estimates there are 8,500 distinct franchise brands. Despite the vast language and cultural differences in Europe, franchising is more widely used as a business strategy in Europe than it is in the United States – which has an approximate 2,500 distinct franchise brands.

As it stands, there is no overarching body of law that governs franchising in the member states of Europe. It therefore becomes a matter of state-by-state legislation regulation between the participating entities, as opposed to any type of common EU legislature. That’s not to say the EU or other governing bodies haven’t had any input in establishing the perimeters of what is both fair, or just, in terms of franchising. This article will unpack the who’s-who of European franchise regulation, before outlining several European state examples of how franchising law operates within national borders.

“A package of industrial or intellectual property rights relating to trademarks, trade names, shop signs, utility models, designs, copyrights, know-how or patents, to be exploited for the resale of goods or the provision of services to end users.”

“An agreement whereby one undertaking, the franchisor, grants the other, the franchisee, in exchange for direct or indirect financial consideration, the right to exploit a franchise for the purposes of marketing specified types of goods and/or services.”

The CJEU ruled that franchisees had to be an independent business. Therefore, franchisees should learn the know-how skills of the franchisor, use their brand name, have a reasonable non-compete clause and pay royalties to the franchisor. Price recommendations made by the franchisor were not prohibited as long they were not obligatory.

Another cornerstone of the franchising framework is the European Union Interllectual Property Office. Founded in 1994, this EU agency is responsible for the registration of the European Union trade mark and the registered Community design across the 27 Member States of the EU. They also work with the IP offices of all EU Member States and international partners to offer a similar registration experience for trade marks and designs across Europe and the world.

Outside of the EU framework, the European Franchise Federation has led the way for ethical franchising practices. The EFF has 19 state members from EU, EEA and other European nations. In 1972 this non-for-profit organisation developed a European Code of Ethics.

The European Commission endorses the organisation, describing the code as, “the franchising industry’s self-regulatory code, designed for all stakeholders in the franchise industry in Europe, franchisors and franchisees in particular, looking for guidance on best practice in franchising relations.”

The Code of Ethics isn’t designed to replace the sovereign law of any nation, but rather unify the diverse franchising industry of Europe’s regulation integrity. Only one national franchising association can become a member in each European country. And for EFF members the code is binding.

The following can be found in the code:

As individual laws and regulations vary from country to country, member associations will be the specialist authority in their own jurisdiction, while at the same time following the code of ethics to ensure the best and fairest franchising practices will be met by all.

The Civil Code of the Republic of Belarus is the main legal document regulating franchising in Belarus.

The franchising agreement must be concluded in writing. The agreement has to be registered at The National Centre of Intellectual Property. Amendments to the agreement or its termination, or expiry, also constitutes grounds for registration. If the franchisor does not reside in the country, the amount of its franchise remuneration constitutes the grounds for the taxation of income of foreign companies that do not perform any activities in the territory of Belarus. Unless otherwise provided in the Agreement of the Elimination of Double Taxation, the tax tariff for the franchise fee payment is 15 percent. A franchisee residing in the Republic of Belarus shall hold and transfer this tax to the tax office from the amount of franchise remuneration payable to a foreign franchisor.

France has no such regulation that defines a franchise. Franchising in France has been defined by case-law and is subject to business regulations such as contract and commercial law principles. As such, to be considered a franchise in France the agreement must cover the right to use a registered trademark, and cover the transfer of know-how.

Furthermore, franchisors have to produce a pre-contractual document and be transparent with their franchisees in terms of their business and franchise network. The pre-contractual document has to be delivered ahead of time before the signing of any franchise agreement. It is imperative that the franchise agreement be balanced and reflects real negotiation between the franchisor and franchisee to avoid any future annulling of contractual provisions down the line (under domestic French laws).

There are no specific regulations outlined in German law pertaining to franchising. Therefore, the legal frameworks come through domestic German contract law, consumer law, commercial law, competition law and unfair trade laws. Franchisors in Germany must also deliver pre-contract information to the franchisee ahead of time. Furthermore, all contract provisions have to be reasonable and cannot unduly disadvantage one party over the other – or else those contractual provisions could be void down the line.

In Italy there is a law that regulates Franchise law. Law no 129/2004 applies to all franchisors both local and foreign. This ‘Italian Franchise Law’ outlines rules in relation to content of the contract, such as form, duration, termination and renewal, etc.

Under law no 129/2004, franchisors have to provide the pre-contract disclosure at least 30 days before signing the franchise agreement. In terms of duration, the minimum franchise agreement is three years and must include explicit territory specs and clear royalty calculations. To operate in Italy, you will also need to provide a business formula that has been tested on the market.

Other laws that govern and protect franchising in Italy include the Min. Decree no 204/2005 (particularly relevant for foreign investors and master franchisees), the intellectual property code, consumer code, and the decree on misleading advertising and various contract laws.

There are no specific laws in Poland that regulate franchising. General civil contract laws cover franchising agreements, as well as industrial property law and competition laws. These systems are in accordance to EU regulations. Franchise contracts can be signed in any language. In the event of a dispute, parties have the option between litigation or alternative resolutions and are free to choose any jurisdiction which will accept to settle the dispute. However, most franchisees will expect the contract to be in the Polish language and under Polish law.

Disputes regarding franchise agreements have been brought to courts and typically refer to jurisprudence. One key judgment stated in the case of a dispute, unclear and imprecise contractual provisions within a franchise agreement, will be interpreted in favour of the party that received the draft of agreement to sign (i.e. the franchisee).

There are no specific franchise laws in Spain that regulate the relationship between franchisee and franchisor. Rather, Spanish franchise regulations are set out across several laws that relate to different aspects of franchising. Spanish franchising agreements fall under civil and commercial laws of contract. It is also important to know when entering the Spanish market about the Competition Act – and the vertical restraint block exemptions.

Another important thing to know is there is a cooling-off period. This means the franchisor has to deliver a full pre-agreement 20 days prior to signing the contract, otherwise the contract will be void and no money will be exchanged.

Judgements and supreme court decisions about franchise conflicts have set a precident in Turkey. For example, when a franchisor does not support its brand and franchisees properly, the franchisees obligations in the agreement become ineffective and can not longer be enforced..

As of January 1, 2021, the Netherlands implemented the Dutch Franchise Act. This new law is aimed to promote the relationship and cooperation between franchisors and franchisees – in that both parties must behave in good nature towards one another.

The Dutch Franchise Act also introduces a franchisee’s right to consent of changes in the agreed franchise formula, the right of goodwill compensation for the franchisee upon termination of the franchise agreement, and sets a limitation to exclusive purchasing provisions. This specific franchise law outlines the franchisors obligation to provide reasonable commercial assistance and technical support to the franchisee.

The UK has no specific franchise laws – but does have general business regulations such as intellectual property, competition laws, real estate and contract laws which need to be investigated depending on the industry of operation. Due to the easy-going regulations in the UK market – this has traditionally been a good test market for new international franchises in Europe.

The UK officially left the European Union on the 31st of December, 2020.  This put an end on free trade between the UK and EU nations. As UK laws are now autonomous, all existing EU trademarks were automatically cloned into a UK right (or a comparable trademark). Pending trademarks that missed the Brexit date still have until the 30th of September, 2021, to file a UK application for the same trademark. All new franchises will have to apply via a full separate application. 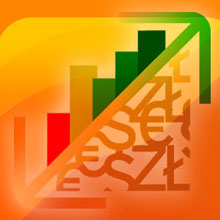 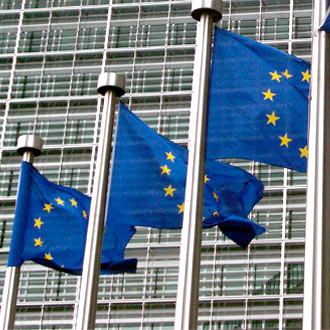 Famous for its Louisiana style fried chicken, fast-food icon Popeyes have announced their debut restaurant in the UK, with 350 more to follow.